The power of small: why 'incremental' steps can lead to big change 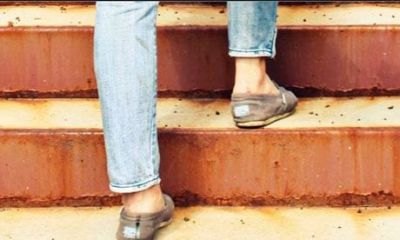 Sustainability headlines tend to focus on the big stuff: when Ikea aims to go "Forest-Positive" or Walmart grows its Sustainability Index. Big companies such as Unilever, Patagonia and GE have garnered plenty of well-deserved attention for their ambitious sustainability initiatives, but those initiatives, naturally, take a long time to roll out – and some, like Rio+20's failed promises, never see the light of day.

Meanwhile, smaller values-led brands are taking baby steps that remain nearly unnoticed, but which – as in the story of the tortoise and the hare – could end up getting us to the end goals faster in the long run.

Take for instance, American shoe manufacturing company Keen, based in Portland, Oregon. Since its beginnings, the company, founded in 2003, has taken small steps toward sustainability, both in its operations and in how it gives back.

In 2010, it began manufacturing some of its footwear in Portland – which created local jobs – and, in 2014, it designed 15% smaller shoe boxes that instead of glues, utilized unique folding techniques to seal the box and hold it together.

"We don't want customers to react to our sustainability initiative; rather, we want them to be inspired by it. Sustainability is all about participation and constant change," says Chris Enlow, corporate social responsibility manager at Keen.

While these steps might not sound headline-worthy, more and more small businesses around the globe are finding that these tweaks can make real change to their bottom lines. And that's a big deal considering that the US alone has more than 27m small businesses, which account for 99.7% of all US firms with employees, more than half of all US sales and 60%-80% of all new jobs created in the country.

Taken together, the potential for these small businesses to make a difference with incremental steps can be massive.

That belief is part of why Mariano deGuzman and Grace Gouin decided to form Appalatch, a small, ethically-driven outdoor apparel company in North Carolina. The co-founders realized "if sustainability were to succeed in the market place, it probably wouldn't be because the big brands did it," deGuzman said.

She says that lofty sustainable initiatives that are tacked on, and not inherently part of a large organization, will often suffer a quick demise when things aren't working quickly. "We applaud big brands for their initiative to become more sustainably focused. A few stick with it, but we've seen a vast majority abandon initiatives when profitability comes at its expense," he says.

For its part, Appalatch is using certified American organic cotton and certified sustainably sourced American cotton for its products and is working to transition all of its dyes to natural, plant-based dyes. Just last week, it surpassed its goal of crowdsourcing $50,000 in Kickstarter funding for a zero-waste knitting machine to make custom-fit sweaters.

"New companies that are nimble and whose legal and business structure provide for sustainability will be the ones that will change the industry, deGuzman says. "Hopefully, customers will begin supporting them and they can eventually turn into a big sustainable brand that will be the envy of the old stalwarts."

Another option is pursuing certifications. Again, unless you're one of the first to get a particular certification, this may not win headlines the way trying something totally new might. But taking industry-approved steps can reduce the guesswork and provide a proven path to make positive change.

Small companies are hardly the only ones to take advantage of certifications, of course. In 2008, for example, the Starwood Hotels & Resorts' Element hotel chain became the first big brand to mandate that all its hotels pursue the US Green Building Council's Leadership in Energy and Environmental Design (LEED) certification.

While low-flow toilets and shower heads, as well as fitness facilities equipped with self-charging exercise bikes, may not sound impressively green, consider that one hotel guest room contributes an estimated 218 gallons of water and 28lbs of waste per day. Low-flow fixtures alone reduce water use 31.1% to an estimated 1.43m gallons per year, for a Element prototype hotel, compared to 2.07m gallons annually for the same design with standard fixtures, the company told me.

Patagonia founder Yvon Chouinard, a proponent of "Restrained growth," has encouraged people to see themselves as vehicles for change by wielding their purchasing power to support companies that are truly doing the right thing, in terms of people and planet. The idea also applies to companies, as well as consumers.

A great example comes from hospitals, including the Beth Israel Deaconess Hospital in Boston and Fletcher Allen Health Care in Vermont, which have taken the seemingly simple step of switching to seafood certified by the Northwest Atlantic Marine Alliance. That change ensures they are buying locally, which also reduces the carbon footprint of the seafood, ensures fishers get a fair price and prevents overfishing or fishery endangerment.

These partnerships are especially important because hospitals' purchasing power can often end up impacting broader policy, says Brett Tolley, community organizer for the Northwest Atlantic Marine Alliance. For example: "When hospitals transformed their use of toxins in building materials they changed how the building material manufactures did business," he says.